From a horror fan perspective: Pop Life, and the National Gallery

Posted by typicallydia on August 15, 2010
[Ed. Note: We're very pleased to have our first post by the very talented typicallydia. Be sure to check out her own blog at typicallydia.com]

We are now in the afterglow of a Friday the 13th with the glimmer of Halloween on the horizon. There are horror minded distractions to be found in the interim, like the National Gallery, if you have a little imagination!


I had mistakenly thought the horse cadaver on the floor belonged to Damien Hirst. This is where the placard system in the Pop Life exhibit falls flat. At times, it was not easy to tell what you were looking at by whom - especially with installation pieces. Had it been effective, I would know the horse cadaveer belonged to Maurizio Cattelan.

Pop Art is a must see for fans of the music/art/style of the age. Sadly, there was less actual art than I had thought. It felt more like a museum display than a gallery. Jeff Koons' art is largely horrific in it's depressingly banal and crude nudity so, I suggest sticking to Hirst or Murakami, but I suppose it pays to see it all. You can catch Pop Life: Art in a Material World June 11 to September 19, 2010. 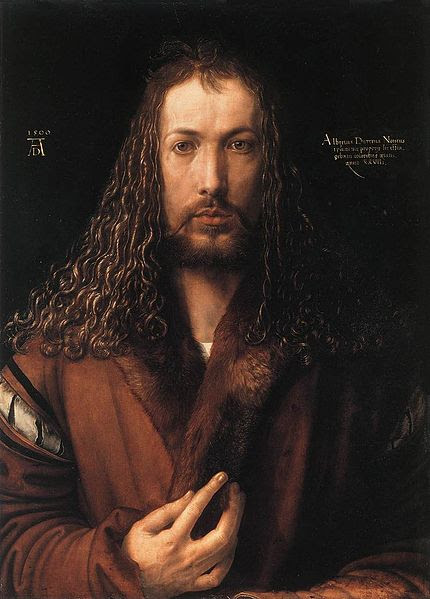 Central European Drawings will be featured June 11 to August 29. Many of the great paintings from the Renaissance are in the collection in the form of line drawings in sepia, ink or chalk. Exclude the French and Italian movement, and you have an idea of what you will see here.
If you like Hieronymus Bosch you will love Durer. It was the promise of Durer that excited me, and there is a lot of it. From his Adam and Eve, the Melancholia, and a slew of other macabre religious images (think four horsemen and crucifixion), there is plenty of detail to this horror on the wall.

The Dutch artists were nice, but I became utterly distracted by one piece - not only because of size - but for novelty. Nude (for Francisco Goya), by Otto Dix is an amazingly disturbing smudge set among the finery. Sure, there are images of decay, death and destruction surrounding the room, but having the dying prostitute posed in mirror image of Goya's Nude is thrilling in all the good, wrong ways. I had never seen it before. He also has amazingly dark and scary work, but he is the newcomer in the room, creating art during WWI. Some may recall Dix's treatment of dead horses in the piece entitled Pferdekadaver...

In the Inuit and Indigenous art gallery, they are showing a film of a seal hunt. It is not for the faint of heart and it is not for those who tend to over-react to hunting as animal cruelty. Brutal, visceral and stark, they show the shooting and flaying of two seal. It is amazing footage - and just like the horse carcass, there are no signs keeping children or the sensitive at bay. All quiver as a hunter holds a long strip of seal meat in his teeth, then skins it toward his face. This is the scene after we see him sharpening it to a razor's edge.

There is likely other spooky things to see at the gallery, so if you have been in or are heading there, be sure to let us know in the comments.