Festival of Fear Day Three - We had a Fever

Posted by typicallydia on August 28, 2011
Yes, we did indeed have a fever today! The only cure was more werewolf. Obviously. Werewolf Fever creator Brian Singleton was at the Zombie Info and Ottawa Horror booth for the day, and he brought a few friends. 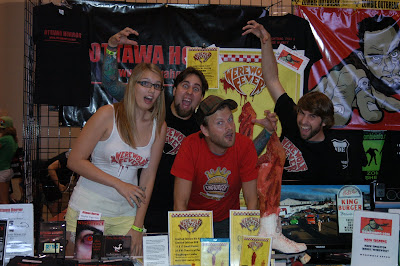 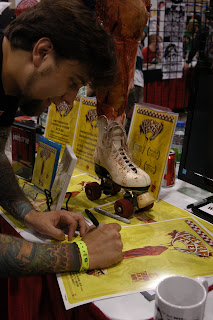 Brian hung out with the minions today and brought along the highlight of my day, some dead chicks leg.

See, this is the reason I am not a derby girl. Horrific!

The trunk that he carries his favorite prop in belonged to his grandfather, used during one of the world wars, perhaps both. Fitting, that he carried it down to the trenches of the Festival of Fear to show off a splash of gore on the table.

Aside from signing, greeting and hanging out, he would gnaw on the ragged bits with a little prodding. More than once, after the flash went off, he would give a bitter grimace telling a little about the taste of the piece. Not very delicious, I gather! 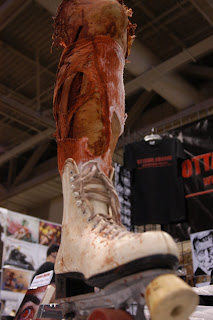 Along with meeting the charming Remy Couture and MA's coverage of the Tom Savini talk, having a torn off leg as a centrepiece today fit right in.

Speaking of other coverage, there will be three interviews and coverage of  some Q&A sessions coming up (along with promised second day images) as OH members settle their notes and get much needed rest.

With limited time to roam, I fulfilled two of my personal wish-list horror cosplay sightings today. Pyramid Head of the Silent Hill films was one. Rather than talk about the film or game (most love the game and hate the film) I focused on holding out for a sighting. This inevitably turned into film discussion, unfortunately. Unlike The Devils Rejects, I feel discussion on Silent Hill is moot. Pyramid Head is cool, no matter how you slice it. Period.

Now, Ryuk is one I did not expect. I saw quite a few Light and several L walking around, but was just thrilled to catch sighting of Ryuk the first day. Death Note is one of my favorite anime. Limited really to a few horror titles, I had my eye out for a few characters that I adore. It was noticed as I posted my lament on twitter, that I missed Ryuk by a hair several times. Luckily, today, he materialized and I didn't even have to bring an apple.

We also caught up with some Steampunk Canada delegates. It would appear my camera needs some tinkering...

Also, to those who came to the OH pit for Nightface signings while I was absent, I do apologize and hope to see you tomorrow! 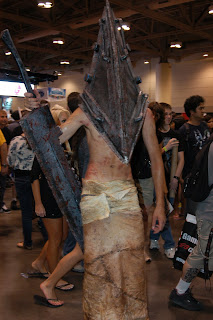 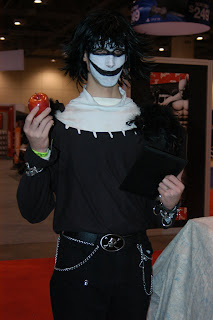 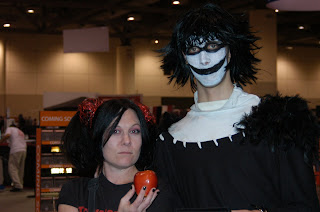 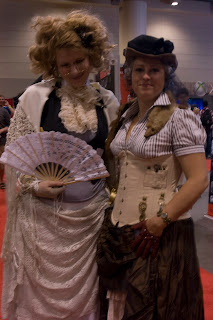 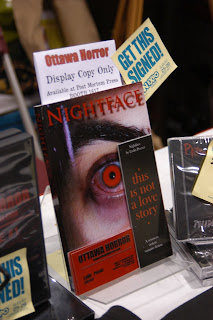