I admit it... I'm a Browncoat at heart. Firefly and Serenity are amongst my favourite sci-fi offerings in recent memory. So I was excited to attend the annual charity screening of Serenity this Sunday at the Mayfair, presented by the Ottawa Browncoats and sponsored by our good friends at Zombieinfo as well as Darner Media, Firefly Cargo Bay, TAV Creations, and of course the Mayfair Theatre.  The event benefited local charity iSisters.org as well as Equality Now. 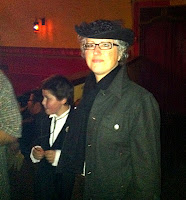 The show got off to a slightly late start, but that was about the only hitch. Things kicked off with a costume contest, featuring both fans dressed as their favourite Firefly characters (I still liked the young kid dressed as Wash), and members of Steampunk Ottawa. Trivia questions, door prizes and raffles all followed, with some great giveaways from Zombieinfo, The Comic Book Shoppe, and Firefly Cargo Bay.  Before the main film, Darner Media put together a series of trailers for local films, including the Creepy Puppet Project "Bloody Hero", and "The House on Arch Lane", written by Janet Heatherington, who we recently featured.

But the crowd was there to see Serenity, and when the Universal Logo hit the screen a cheer went up. I'm sad to say I've never actually seen the movie on the big screen, but this was a great way to see it, with the crowd cheering at all their favourite lines.

If you didn't have a chance to attend, but would like to support the charities, you can donate at the Ottawa Browncoats website. 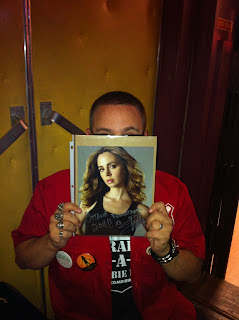 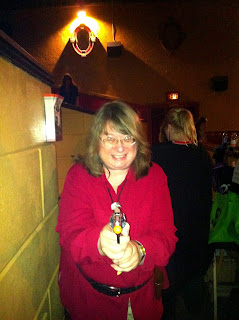