As our regular readers know, the Annual Killer63 Horror FilmFestival is happening once again this year. This years screening will be held October 22nd and 11:30PM at the Mayfair Theatre - an excellent way to end the day after the Ottawa Zombie Walk, if I do say so myself.

I had a chance to sit down across the interwebz with Josh "Batturtle" Stafford, the man behind the festival, and ask him a few questions. 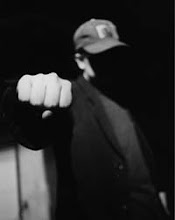 OH: How long has the Killer63 been running?

JS: This is the sixth annual screening

OH: What was your original inspiration for starting the festival?

JS: It started just as a conversation between myself and a couple other film-making friends. We thought it would be fun for a bunch of us local movie making people who had worked together on a bunch of various projects to each do something under the same genre and present it as a mini one-night festival.

OH: So, how many films have been shown at Killer63 in all it's runnings?

Uhm...I'm not sure exactly. But we're likely hovering around 60, not including however may we show at this years event.

OH: Is Killer63 just for Ottawa filmmakers or can anyone be part of it?
JS: Anyone can, though it's mostly Ottawa people that end up participating (which is a mix of nepotism and a desire to show off local talent to a local crowd)

OH: I like a man who's honest! What's a personal high note in festival for you so far?

JS: Hard to pick out just one. Though the Creepy Puppet Projects have been crowd favorites for sure.

OH: I like to ask this of everyone...what got you into the Horror Genre?

JS: I guess it's just something that I've been a fan of for a long time. For some reason indie films really lean towards horror a lot of the time. Maybe it's because you can pull off a big imagination with little budgets...harder to do that in sci fi or action or other genres.

OH: What is your all time favourite Horror film?

JS: I always have a hard time whittling things down to a singular favorite for movies. Though off the top of my head, if forced to pick one, Night of the Living Dead

OH:That's certainly a classic. What do you think of the current crop of Horror films in theatres?


JS: Uhm...for the most part if it doesn't come to the Mayfair I don't see it. So I've missed out on the bulk of stuff the last little while like Scream 4 and the Saw films etc... Though a couple years old, I really loved Let the Right One In. Paranormal Activity scared the hell out of me. And I think Guillermo del Toro has some cool horror stuff on the horizon.

The deadline for this year's films is Monday October 10th. If you'd like to submit a film, please contact Josh at batturtle@gmail.com