Skip to main content
Posted by batturtle on March 24, 2010 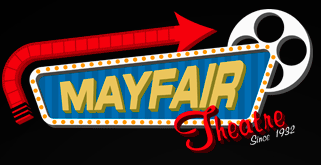 A quick reminder that a triple doze of horror happens starting Thursday night at the Mayfair (which isn't that rare of an occurrence considering how much horror stuff we show on any given schedule). First off we'll be screening the recent vampire sci-fi offering Daybreakers (March 25th, 28th & 29th), and then a special and very rare chance to see The Frighteners up on the big screen (March 26th). And of course, lest we forget Night of the Living Dead Live, written about last month here on Ottawa Horror. The zombie cornerstone classic, presented on a pristine 35mm print, with the sound turned down while accompanied by live music, actors and sound fx. Madness of this caliber can only be seen at the Mayfair.