Posted by typicallydia on August 30, 2012
Four Fangtastic days of Fear! Now, Sunday was my day of rest. Yup. The day I went around to get the 'rest' of the photos I wanted. From Artist Alley to our neighbouring cellmates in the 1700 row of FanExpo, there are some faces to go with the tweets now. Tomorrow evening I will add in clicky links and names - weird tales and lies of course. For now, just a random photoblog. Two images, of Sadako and the Slenderman are from filmmaker Matt Clark whose short film Baka 2 appears on the Ottawa Horror Collection, Volume II. 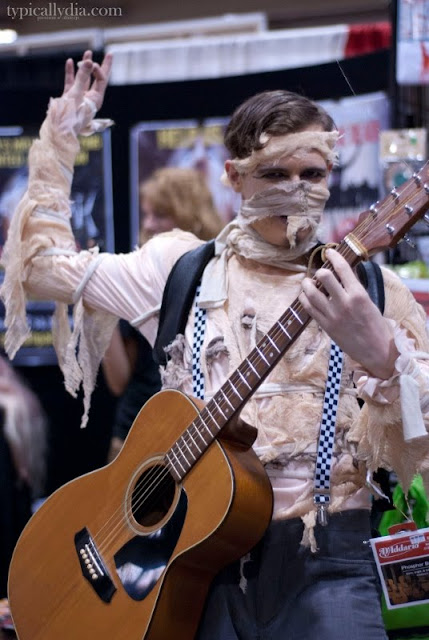 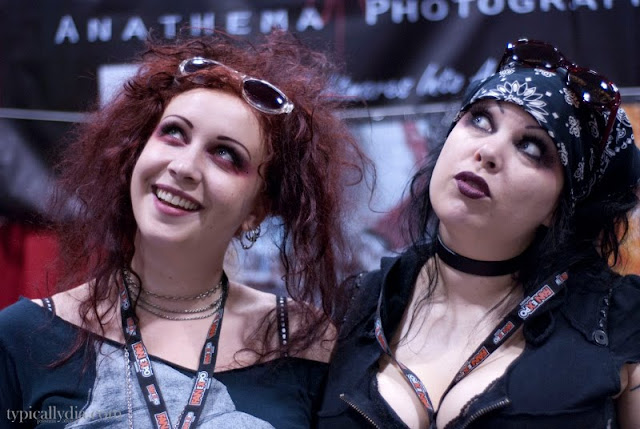 The lovely ladies, Christine and Danielle of Stitch Asylum Designs and Anathema Photography respectively. I wish I had more time to visit our across the aisle neighbours as it turns out they know some of the ghouls at Hora Morior, my other alma mater. 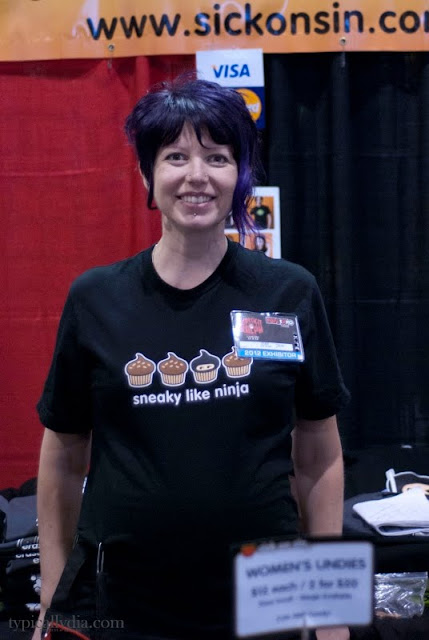 To our right (stage left) was the wonderful Sick On Sin! I bought my Poe inspired Raven shirt there at the end of the weekend - one of three Poe inspired goodies I ended up with. Their shits fit perfectly and designs remind me of old Mr. Men from the UK. 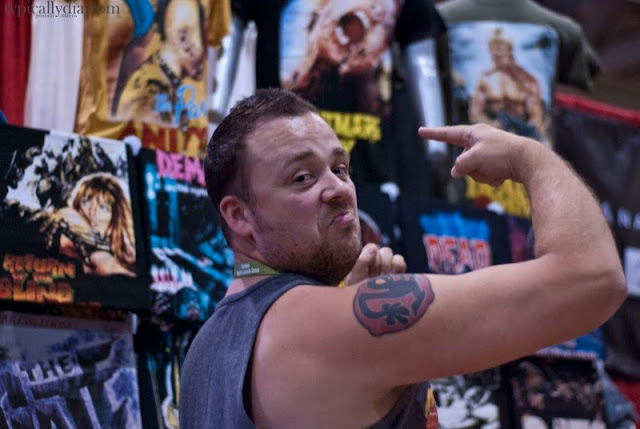 He is not an animal!! The loudest looking and loudest sounding booth for miles, Twisted T's owner and everythinger Darryl was off on the kitty corner from our booth. Another one I wanted more time to hang around and check out - his shirts are unsane! The 'Party Animal' shirt caught my eye from the moment it went up. One of my favorite movies that TOTALLY scarred me for life as a kid. If you wear shorts and collect movie posters - think of this as a poster for your bod. That is exactly what they are. Awesome! 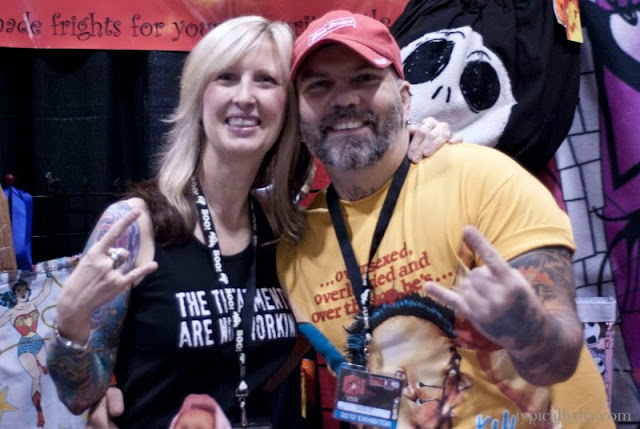 Jackie and Jacquie! They had their name tags mixed up when I met then, if you can believe that. Not long ago, the only place to get onsies and blankies for your babybats was the ikky unswept corners of the net where the fabric was likely poor quality. No more! Their fabric choices are ooky and spooky from old soft bedsheets in geeky sci-fi motifs to custom cloth adorned with skulls, bats, ghosts and rats. Hooray! Buying for parents or gothlets? Check out Baby's First Boo.

Hey! He is wearing my shirt! 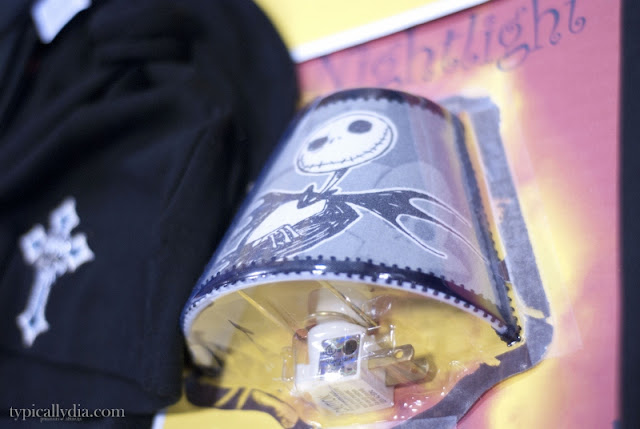 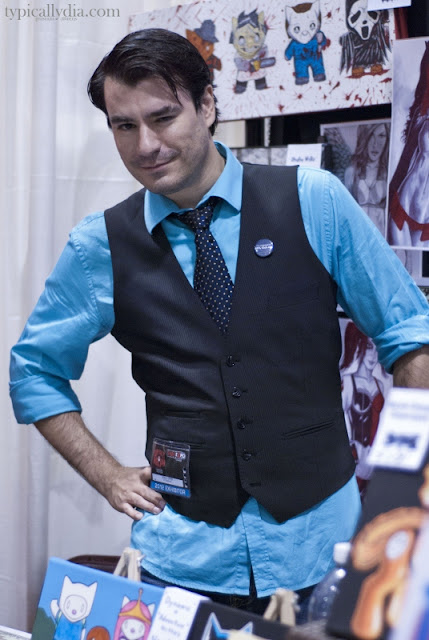 The gracious and geeky Adam Tupper - no convention is now complete without a visit or three. You may remember him from such Ottawa Horror posts as: The untoward, super-cute and downright gory with artist Adam Tupper and also as the creator of the Hello Horror! piece I covet so badly. 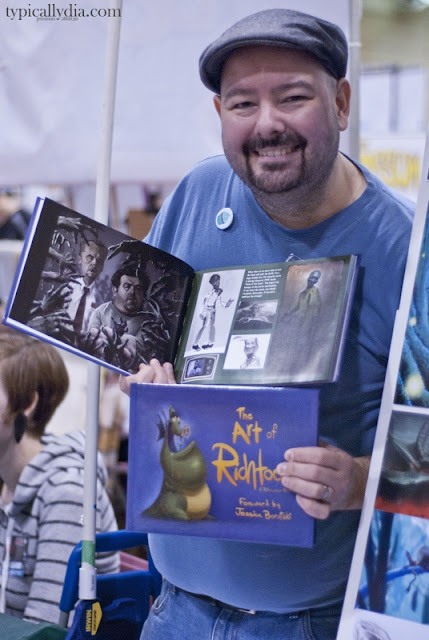 And, if you are from the future. you may recall Rich Lauzon from such Ottawa Horror profiles as the one I wrote on him sometime after FanExpo 2012. For those of us trapped in time, I will be catching up with Lauzon shortly. He has amazing Shaun and Walking Dead art that I hope to be able to show off here! So, not from the city, but pretty eye catching stuff ~ these guitars are in the experimental stage but i think artist and animator Justin Bysma is on the right track. Bane? Hell yeah! 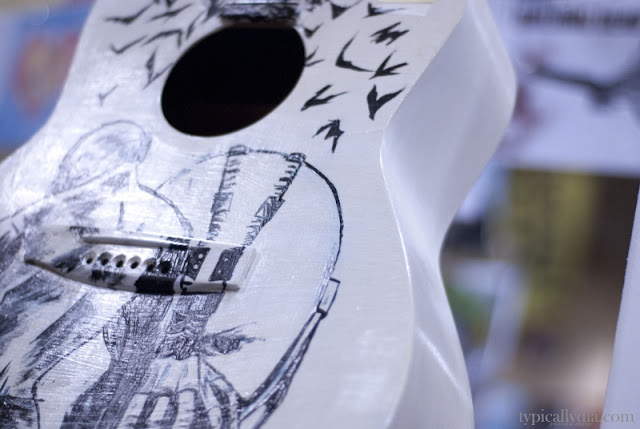 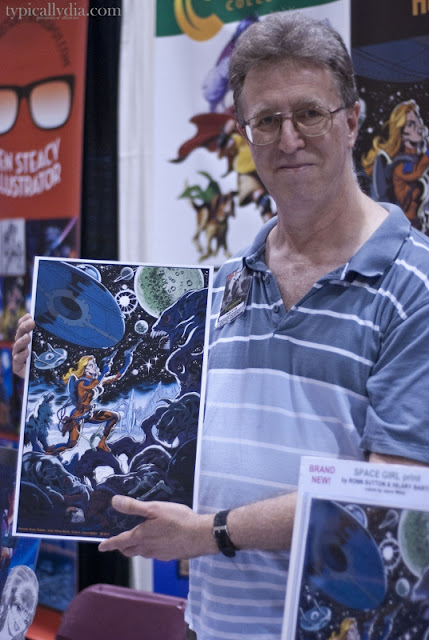 Above and below, we have artists previously featured on OH. Ronn Sutton, and below we have Kristopher Waddell (pictured with Keith Grachow). Toronto artist Grachow comes part-and-parcel with the Mirror Comics duo of Waddell and Dominic Bercier. They share space at conventions and events I have attended, but this was the first time I saw his movie monster art. Great stuff! AND, Mirror SOLD OUT of Mission Arizona. By Sunday they were kind of just sitting back, selling art and enjoying the crowds. 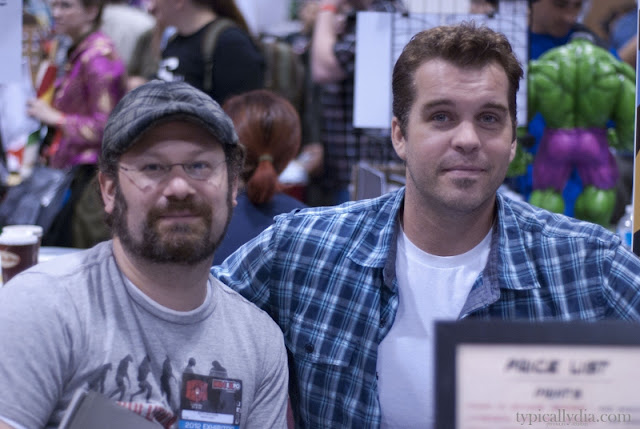 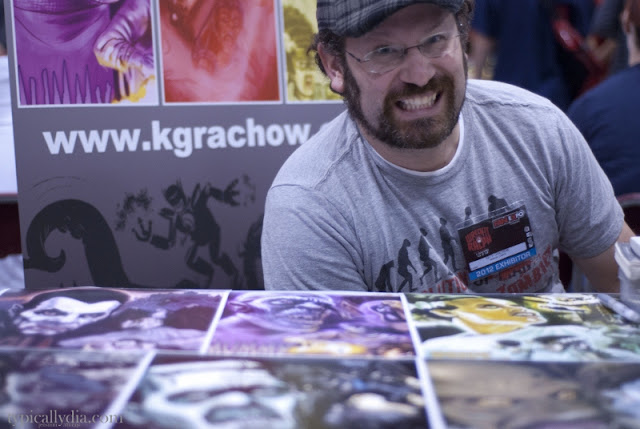 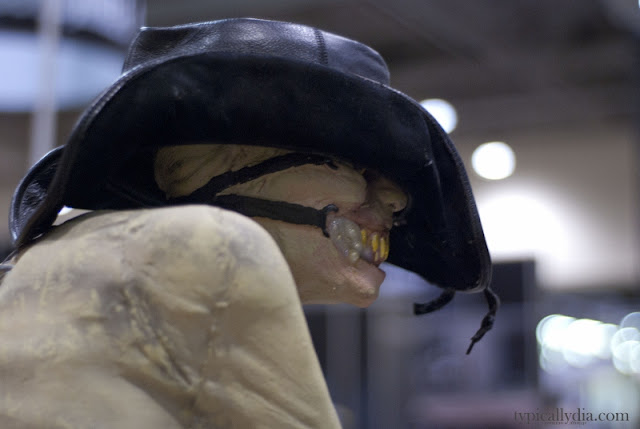 Ah, Wee Man. Everyone's favorite guy at the Ottawa Horror booth. He wasn't much help in set-up and tear-down but he kept an eye on things. Sigh. What a hectic weekend it was. To end, some of the submitted images from one of the filmmakers that contributed to out current OH DVD. The Slender Man photo is quite special to me in that I have been told I have encountered ol' Slendy three times now. I had no idea what I was seeing until a friend filled me in on the mythos. This was a summer ago, and I have seen him once again since... more on that someday if I get around to blogging about it. Creepy stuff, no? 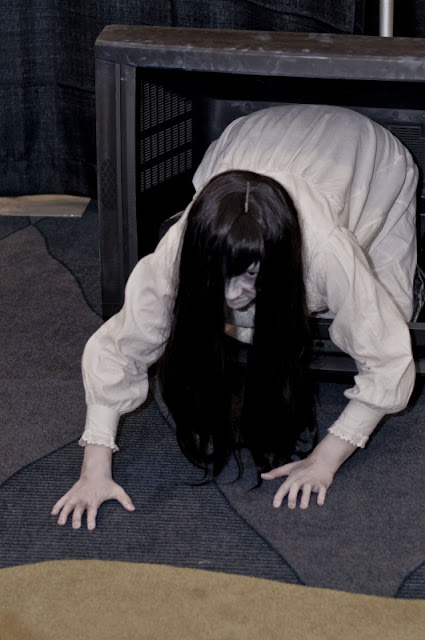 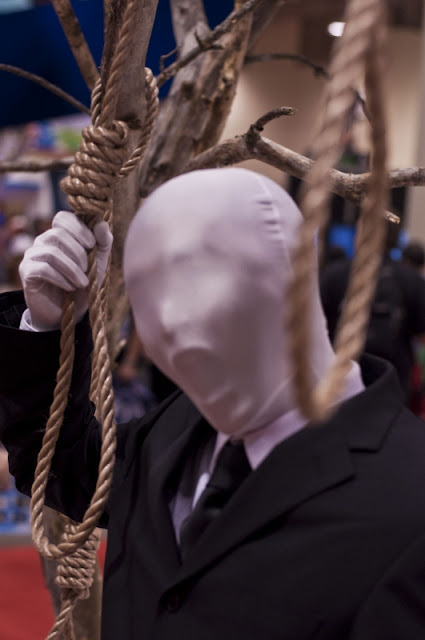