Posted by Sonsey on January 21, 2010
Ever since "Shawn of the Dead", the term "Rom-Zom-Com" has been bandied about... Romantic Zombie Comedy... usually it means one of the two main love interests is a zombie - although "Shawn" changed that formula somewhat (and was easily one of the best). Anyhoo... all this is a lead up to this post from the lovely Chantal and Angie at CinemaObssesed.com - one of my favourite movie sites and from Ottawa too! While they cover everything, the ladies obviously are horror fans as well, and turn this bit of news of yet ANOTHER lame Hollywood Rom-Com into something a little more interesting.... scroll down to the end if you're the impatient type... 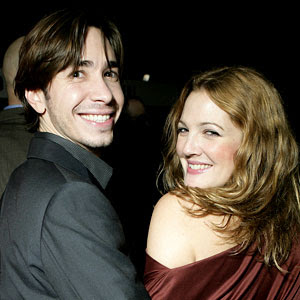 Yet another rom-com coming our way! Going the Distance (2010) stars Drew Barrymore (yeah!), Justin Long (huzzah!), Christina Applegate (great!) and Ron Livinston (ok... you rocked in Office Space!) in a tale of love and long distance relationships. The movie takes place between New York City and San Francisco and is sure to be a cutsey-wutsey-lovey-dovey-mush-fest... But hey - we're in! Of course we are. Duh.


But seriously... Are we entering a new state of love and laughs in Hollywood? Why are we seeing soooo many romantic comedies following the oh-so-predictible formula? Guy meets girl, fall in love, oh no - a conflict of some sort, but wait - we really DO love each other. Happy happy joy joy. BORING!

We feel it's time for a zombie romantic comedy. It's time to spice it up a bit. Here are some classics that we think could be remade with a zombie twist:

Bridget Jones's Diary of the Dead

Never Been Kissed by a Dead Man

He's Just Not That Into Your Brain 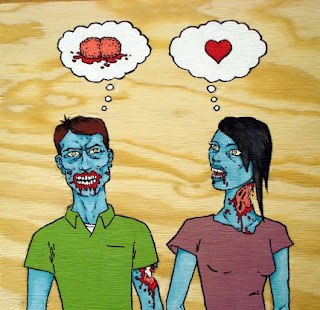 Get ready for hugs and kissies and zombie-free love on October 8, 2010. (Yaaaawwwwn)...