Win tickets to "The Woman in Black"

Posted by Sonsey on January 27, 2012
Well the title pretty much says it all doesn't it?

The good folks at Alliance Films, were once again kind enough to give us 5 double passes to the advance preview of "The Woman in Black" on February 1st at the Coliseum here in Ottawa. 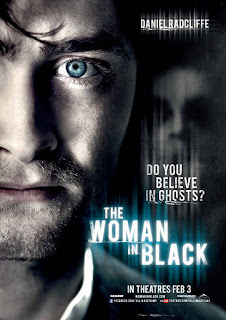 If you haven't already read the previews of this eagerly anticipated film:

"In this supernatural thriller, Arthur Kipps (Daniel Radcliffe), a widowed lawyer whose grief has put his career in jeopardy, is sent to a remote village to sort out the affairs of a recently deceased eccentric.  But upon his arrival, it soon becomes clear that everyone in the town is keeping a deadly secret.  Although the townspeople try to keep Kipps from learning their tragic history, he soon discovers that the house belonging to his client is haunted by the ghost of a woman who is determined to find someone and something she lost…and no one, not even the children, are safe from her vengeance."

As always we'll keep it simple. First five people to email us at contests@ottawahorror.com with the answer to the following "skill testing" question (and we use that term loosely) will win.

"What other role is star Daniel Radcliffe famous for?"

(No, it's not a trick question, it really is that easy).


Thanks once again to Amy and the good folks at Alliance for helping us put all this together.